Despite It’s Growing Popularity, the Blockchain and Cryptocurrency Sector Is Still Fighting Stereotypes

Blockchain technology and cryptocurrency markets have gained tremendous mainstream attention over the past few years and are experiencing significant capital inflows from both retail and institutional investors.

There is sometimes a bit of confusion among dilettantes on the differences between blockchain and Bitcoin. Some believe that the two are synonymous, but they are not.

Delving a bit into their differences, blockchain is the technology that powers cryptocurrencies, including Bitcoin. It is essentially an encrypted ledger system that utilizes cryptographic blocks to record transactions on the network. Each block has a unique hash that helps identify it from the rest and is immutable.

Moving on to Bitcoin (BTC), it is a digital currency that relies on blockchain technology to execute peer-to-peer transactions. It was created on January 3, 2009, by the pseudonymous Satoshi Nakamoto and is hailed as the first cryptocurrency in the world. According to the Bitcoin White Paper, Bitcoin was designed to devolve payments away from government control while providing anonymity to transacting parties.

Today, Bitcoin is rivaled by altcoins such as Ethereum (ETH), Binance Coin (BNB), Tether (USDT), and Cardano (ADA) in popularity. BTC coins are generated through a process called mining. Mining requires the use of power-intensive devices to solve complex mathematical equations.

The value of Bitcoin is dictated by market forces. Increased demand for the cryptocurrency from retail and institutional investors usually leads to a price spike. Bitcoin prices are also affected by mining costs.

The Bitcoin halving event, which occurs after every 210,000 blocks, influences prices. It causes mining costs to increase because it reduces mining rewards by half. This leads to scarcity and increased demand for the coins that are in circulation. As such, Bitcoin prices historically increase following the phenomenon.

2. Blockchain Is 100% Secure and Unhackable

The Bitcoin blockchain, for example, uses the Elliptic Curve Digital Signature Algorithm (ECDSA) algorithm to generate unique keys that are hard to brute-force. This is because it generates a 256-bit integer private key.

The Bitcoin network, for example, is theoretically susceptible to 51 percent attacks. It’s, however, unlikely to come under such an attack because of the immense resources needed to pull off such a scheme. Attackers would have to obtain over 51 percent of the mining hash rate for a significant amount of time to do this.

Smaller blockchains are, however, more susceptible. Some have lost money due to this inherent permissionless blockchain shortcoming. The most recent 51 percent attack affected the Bitcoin SV chain. It caused a network disruption that resulted in a lot of invalidated blocks.

The Ethereum Classic chain also suffered a 51 percent attack in 2020. The perpetrators stole about $5 million from the network through double-spend transactions.

Besides these inherent vulnerabilities, blockchain can be hacked if there are coding loopholes. Centralized DeFi systems, in particular, have been targeted by hackers on numerous occasions due to their lack of standard quality checks.

In February 2022, the Wormhole network momentarily lost $320 million after hackers exploited a loophole in the system’s consensus mechanism. While the funds were restored, the incident highlighted the vulnerability of blockchain systems.

3: Blockchain Is Applicable Only in the Finance Industry

The transparency provided by blockchain technology on such networks allows all parties involved to see the movement of products right from the manufacturer to the consumer. Blockchain systems are also good at detecting anomalies in each process.

Besides being used in supply chains, blockchain systems are now also being used extensively in the entertainment industry.  Artists in the music industry are, for example, using NFT platforms to monetize their works. NFT systems are underpinned by blockchain and allow artists to directly sell their works to fans. Their robust features also allow entertainers to hold NFT concerts and launch NFT albums.

Most recently, Gala Games announced a new partnership with rapper Snoop Dogg that will allow him to release songs exclusively on its platforms.

Blockchain technology is also now widely used in the gaming industry, especially in NFT metaverse ecosystems. Many of them have unique play-to-earn models that allow players to monetize their time on the network. The metaverse market is expected to reach a $700 billion industry valuation by 2024, which will be a significant increase from the current $50 billion estimate. Innovative blockchain systems are expected to gain wider acceptance in lockstep with this growth.

The real estate industry is also starting to embrace blockchain technology and is beginning to tokenize physical assets via NFT chains. Tokenizing physical properties allows them to be traded on NFT marketplaces.

4: You Must Be a Top-Notch IT Specialist to Get a Blockchain or Cryptocurrency Job

There are a lot of misconceptions about blockchain jobs. Many job seekers believe that the industry is only for experienced IT specialists but this is not the case.

While blockchain developer jobs have gotten a lot of attention in recent years because of rising demand, they are not the only jobs in the blockchain sector. Blockchain development enterprises typically have a lot of non-technical staff positions that are essential to each project.

Of course, developers are at the heart of every blockchain project. However, blockchain projects also require the contribution from people in auxiliary positions. They include journalists, lawyers, marketers, and general support staff.

Because the sector is expanding at a terrific pace, demand for professionals is fast outstripping supply, and qualified individuals with both technical and non-technical skills are encouraged to seek positions in the industry.

For blockchain employers and job seekers, Blockchain-centric job sites such as Blockchain Careers provide a mélange of tools that make finding blockchain and cryptocurrency jobs and talent easy.  Blockchain careers can significantly infuence a companies growth.

5: Blockchain Is Visible and Accessible to Anyone

Blockchain systems are widely regarded as visible and assessable to everyone. This is mainly because popular cryptocurrencies such as Bitcoin and Ethereum are powered by public blockchain systems that uphold transparency.

However, a significant number of privacy-focused blockchain systems have invisible elements. The Dash, Zcash, and Monero cryptocurrencies, for example, rely on blockchain systems that are able to obscure identifiable data. They utilize advanced obfuscation techniques to hide transacting addresses and break transaction trails by mixing coins from numerous destinations using sophisticated algorithmic solutions. 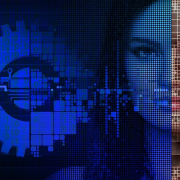 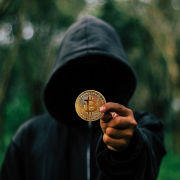 Image by Tumisu, please consider ☕ Thank you! 🤗 from Pixabay How Blockchain and Cryptocurrency Have Transformed Finance Forever 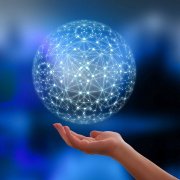 What Can Blockchain and Cryptocurrency offer the HR sector?
0 replies