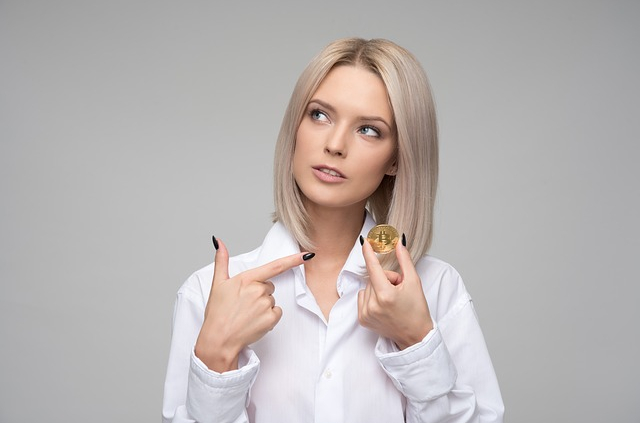 Bitcoin, the mother of all cryptocurrencies, has contributed greatly to the growth of the cryptocurrency and blockchain industries. Its jump in value in 2021 caught the attention of both Wall Street and retail investors. The uptrend highlighted the immense upside potential of both blockchain technologies and cryptocurrencies.

As a result, Bitcoin and other major cryptocurrencies have become more widely accepted today. Some major blue-chip companies such as PayPal, Overstock, Twitch, and AT&T now accept crypto payments as a result

Demand for blockchain solutions is estimated to have increased by over 2,000 percent since 2018.

Subsequently, the jump has caused demand for blockchain talent to escalate. According to the most recent LinkedIn statistics, the number of job postings related to blockchain has increased by approximately 400 percent over the past year compared to the previous year.

The trend is expected to continue as the industry matures and mainstream adoption grows.

While 2021 saw DeFi and NFT projects blow up in popularity, 2022 is forecasted to be the year that both blockchain technology and cryptocurrencies truly go mainstream.

Demand for related skills is expected to rise in tandem with their growth.

Why Is Blockchain Technology the Most Important Invention After Internet?

While the Internet has greatly affected humanity by providing relevant information and promoting interaction, blockchain technology has the potential to change how it works by upholding the principles of security, anonymity, democracy, and above all, decentralization.

Because of its immutable nature, it is also possible for organizations to use blockchain to uphold the aforementioned principles in their operations.

The Benefits of Blockchain Technology

Blockchain networks have numerous benefits over conventional networks. Stellar security is among their main advantages. They utilize layered encryption for protection against direct cyberattacks.

Blockchain systems are cost-efficient when it comes to making cross-border money transfers. Because blockchain networks are borderless, the distance between two transacting parties is irrelevant and has no impact on remittance costs.

This makes them cheaper than commercial banks, especially in cases where there are no intermediaries. This is because there are no currency conversion fees or bank commissions.

Their only intrinsic cost is gas fees, which are in some instances negligible.

The Need for Blockchain Technology Spreads to More Industries

Blockchain technology is currently being used by some enterprises to streamline critical supply chain processes. Manufacturers and distributors are implementing the systems to track orders from the manufacturer to the consumer. Blockchain systems are ideal for this because of their transparency.

They allow all parties involved to track the products automatically – right from the manufacturing line to the retailer and consumer. This not only promotes accountability but also helps to detect shortcomings in the supply chain.

Notable retailers such as Walmart have taken advantage of the new technology to digitize the food supply chain process. Similar systems have been deployed to manage the company’s invoices and payments to freight carriers.

De Beers, a leading diamond producer, has also turned to blockchain technology to track diamonds right from the mines to its retailers.

Healthcare organizations have started to consider blockchain technology to enable greater data-sharing among themselves. Such a system would enhance research on treatment effectiveness and facilitate collaboration when necessary.

Healthcare blockchain systems would also enhance data security and reduce susceptibility to cyberattacks, which have increased in recent years.

The entertainment industry is slowly adopting blockchain technology to increase monetization and improve transparency. NFT concerts and NFT album sales are currently in vogue due to this. The most recent success story is rapper Tory Lanez’s sale of 1 million NFT albums in 57 seconds.

The headline-making development affirmed the potential of blockchain technology in fostering artistic independence and making money by directly engaging fans.

Web 3.0 is touted as the future of the Internet. While most pertinent concepts are still in their early stages, the technology is set to redefine how the Internet works by decentralizing most aspects as we know them.

Presently, the Internet is controlled by major tech behemoths such as Google and Facebook, and they control a whole lot of sensitive data points. They are, for example, able to collect sensitive data on users. They also have considerable control over information relayed to the masses.

This monopoly is set to be upset by Web 3.0, which utilizes blockchain technology. Web 3.0 will allow users to have greater control over their data. Monetization of online properties will also be possible using tokenization. Smart contracts are already being used for this purpose.

Blockchain voting systems are still unexplored, but a collective of tech firms are looking into such systems for election security purposes.

Because decentralized blockchain systems are tamperproof and transparent, some developers believe that they can be used to prevent voter fraud and ensure free and fair elections.

There are many job opportunities in the blockchain industry. The average blockchain organization, for example, requires dozens of both technical and non-technical staff to create and promote blockchain systems. They include developers, solution architects, and UX specialists to deal with the technical bits and project managers to make sure that everything runs smoothly.

That said, there are challenges when it comes to finding competent staff looking for blockchain and cryptocurrency jobs. Right now, major global firms are competing for the limited number of blockchain experts available. Unsurprisingly, most qualified workers are locked in contracts because of the intense competition.

The situation has been further compounded by the entry of titanic firms such as Amazon, Oracle, American Express, JP Morgan Chase, Microsoft, and IBM, which are hiring blockchain experts by the hundreds and offering highly competitive compensation packages to rope in the best in the business.

This has led to an acute blockchain labor shortage. The scenario poses special challenges to recruiters.

Blockchain Careers Is the Number One Blockchain and Cryptocurrency Jobs Site

The platform has a motley of utilitarian features designed to connect employers with prospective candidates. They include a CV and Resume upload feature. The tool allows users with blockchain skills to upload relevant documents.

Recruitment managers looking to hire candidates with relevant qualifications can easily access the files via a central console. Companies can also post open positions on the site and have interested prospects apply.

Besides this, Blockchain Careers has a bespoke managed service that caters to companies that wish to outsource the hiring process. This option allows blockchain firms to leverage Blockchain Careers’ expertise in the recruitment industry to get top talent.

While employers have traditionally been involved in the hiring process, some sectors, such as the blockchain industry, require considerable time and resources to find the right people.

Blockchain Careers endeavors to meet hiring goals for clients of all sizes.